Your name willappear in the acknowledgement section of the project documentation.

Tutorials for understanding how it works

Personalized advising sessions to explain how the Node is designed, built and how it works. The tutorials can be done online or on-site in the guifilab facilities (weekly meetings in Barcelona on Thursdays afternoon).

Apart from the above mentioned aspects, the Mobile Node allows for voice and video transmission via streaming for specific purposes (festival, congress or meeting in the public space).

As well as producing the node specific in the project, an additional Mobile Node will be built, configured and delivered to the person, institution or group providing such amount for their own use and needs.

A travelling wifi connection unity for social movements and the public space.

With the mobile Node we propose a free transmission workstation, a mobile wireless telecommunications infrastructure which can be used in the urban space contributing to the digital mess across citizens' networks.

Currently, we have a Mobile Node on trial and we intend to build another improved node with the financial support of Goteo.

It will be automonous and self-configurable and will be able to interconnect multiple computers and peripherals (LAN: Local Area Network) in different spaces and without the need of any telecommunications company. 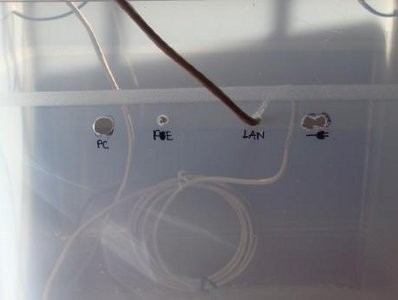 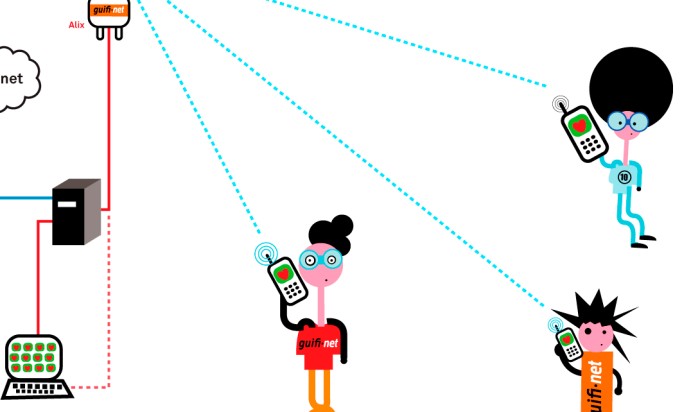 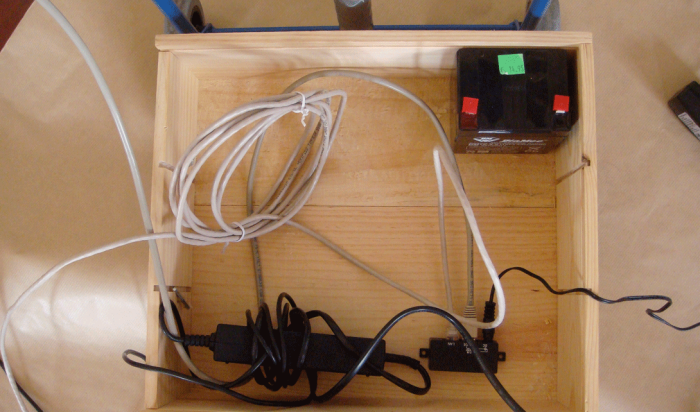 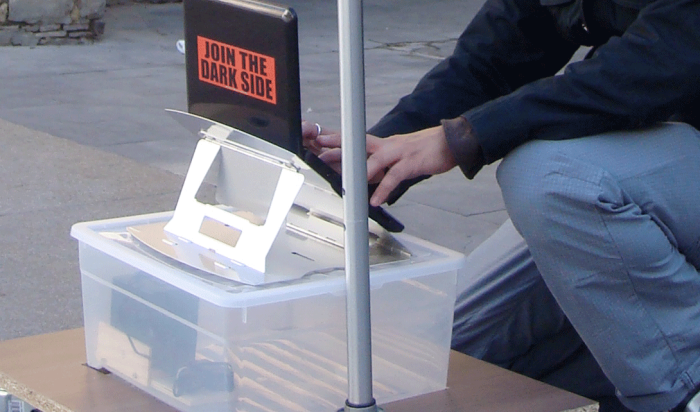 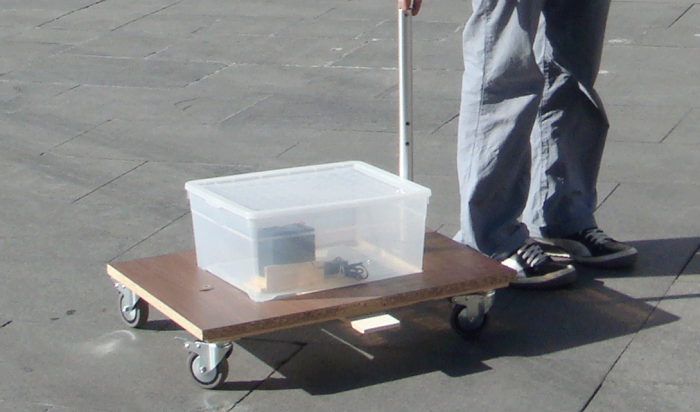 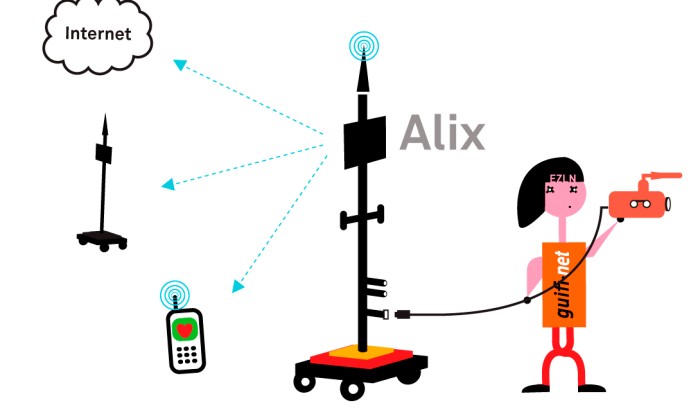 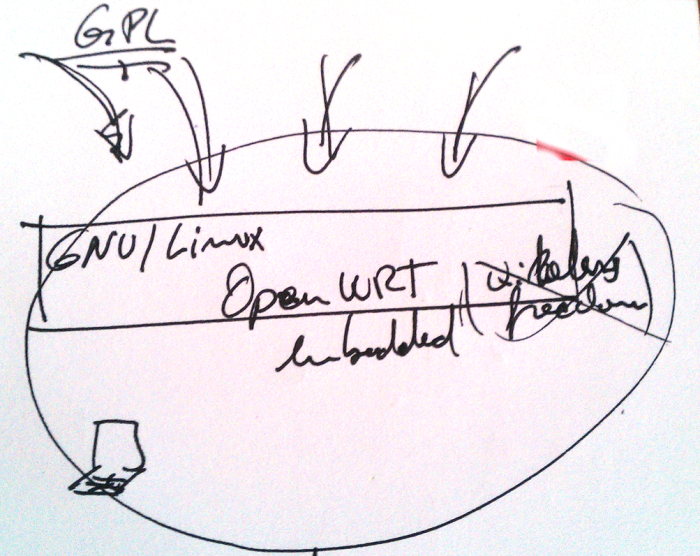 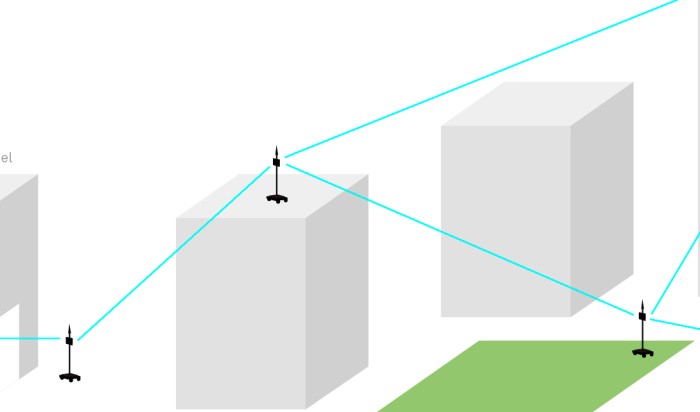 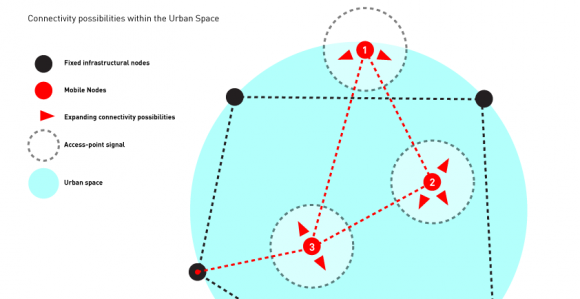 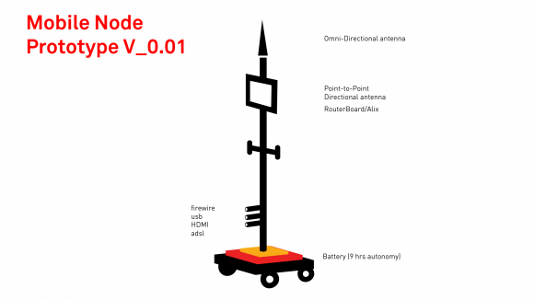 The system will consist of two main parts: the mobile physical station (supply, structure, wheels, pole, etc.) and the firmware (the programable code which controls it).

It is a high-performance device able to transfer data with a powerful bandwidth; a highly flexible project which raises possibilities of interconnection with digital devices located in the city of today.

The Mobile Node adds mobility to the citizens' wireless network guifi.net by expanding it so as to generate new social practices weithin the urban space and mixing the physical and digital spheres.

It is a R+D project in which different groups and institutions are involved. It may be used for education, activism, art, first-adis, etc.

Currently, it is important to improve its design and performance. it should also be tested, documented, and training should also be arranged so that it can be replicated in a simpler way. The underlying purpose of the project is for citizens to be able to access low-cost technology with high social returns.

The project has several implementation stages. We also intend to create messing systems such as GPS technology, microcontrollers, Bluetooth, etc.

It is currently being developed in Barcelona, but its connectivity is possible almost everywhere where there is a node which can access guifi.net network.

The philosophy behind this project is that promoted by guifi.net throughout the last years; that is, the objective is to develop a telecommunications network that is open and neutral and which is built by means of an interconnection agreement of people who expand the network and obtain connectivity in return.

Efraín Foglia, coordinator of the project, is a designer who researches on the social and political repercussions of digital networks. More info: www.efrainfoglia.net/