Your name will appear on our blog as “Co-financier”

You will also receive a series of drawings and sound clips to download, drawn and recorded during our crowd-funding campaing in India (November -December 2012) + blog recognition

You will receive a DVD of Ámár, an award-wining animated short by Isabel Herguera, 2010 + digital drawing + sound clip recorded in India + blog recognition

A 20-hour animation workshop taught by Isabel Herguera for a maximum of 15 participants were she will implement the same methodology (exquisite corpse) used during the workshops in India. Art material, travel, and accommodations-related expenses are not included.

A feminist utopia in contemporary India

SULTANA'S DREAM is a mixed media documentary (live action and animation) directed by Isabel Herguera. Production will take place in India during 2013 and 2014. The script will be developed based on the drawings, sound, and video recordings generated during three distinct workshops. In each workshop, a different group of Indian women will illustrate the classic feminist science fiction tale, Sultana’s Dream.

Sultana’s Dream is a feminist science fiction classic, written by Rokeya Hussein in 1905, that provokes reflection on the values and behaviors inherited through tradition. It describes a city where women run the streets and businesses, and travel in spaceships while the men live in seclusion and tend to domestic chores. 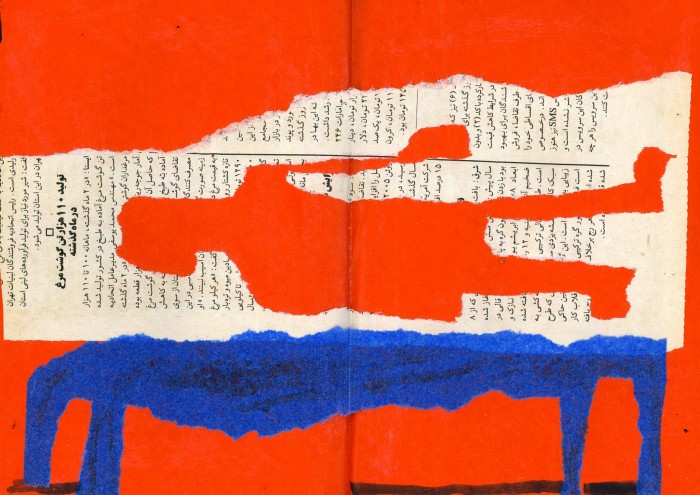 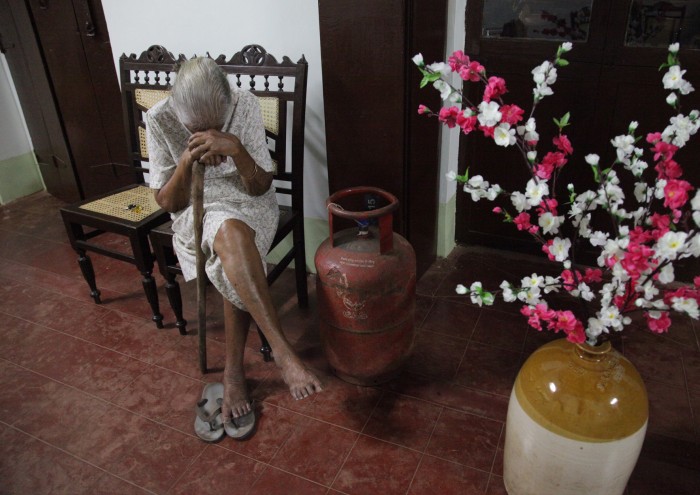 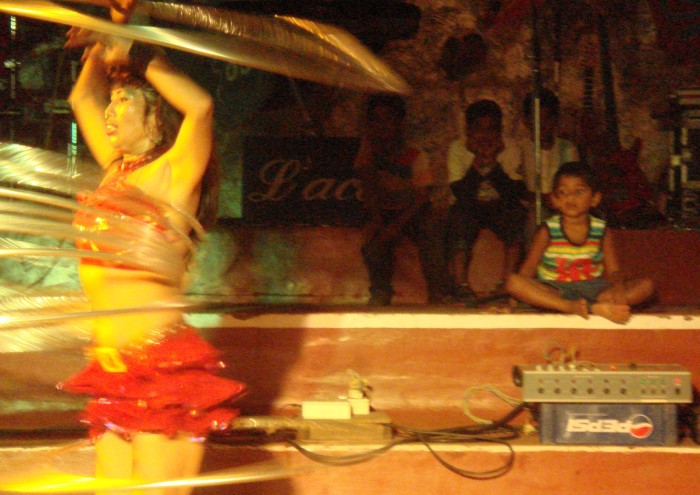 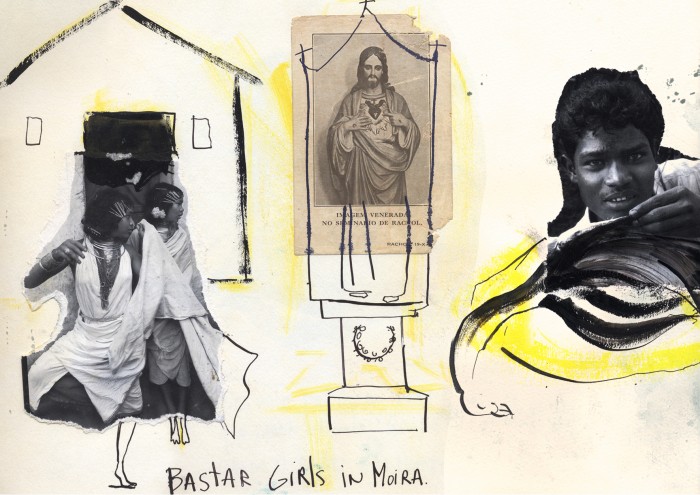 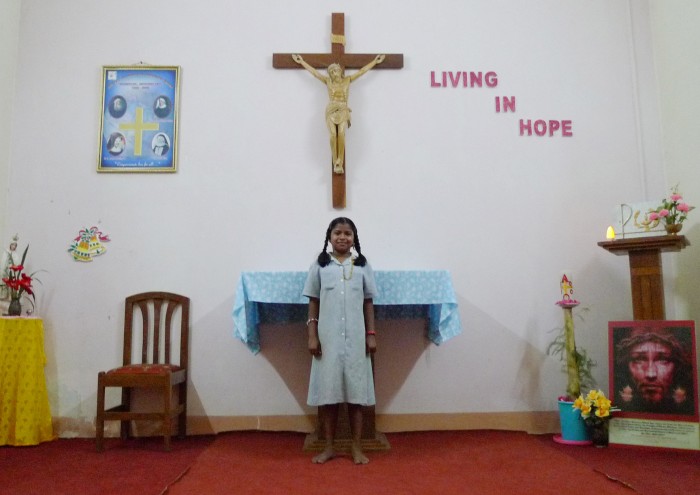 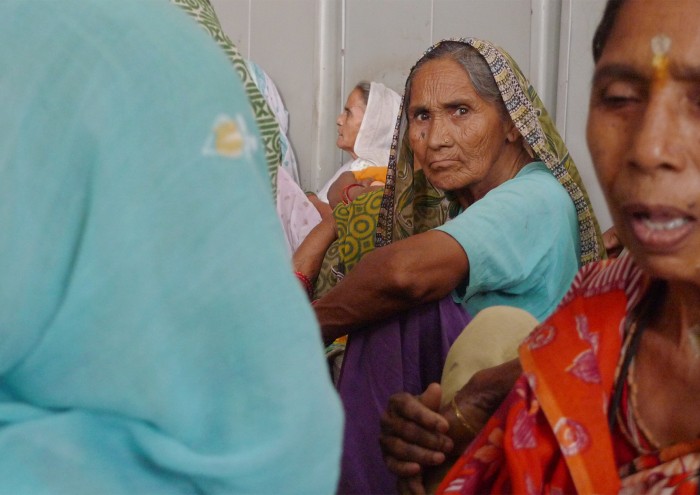 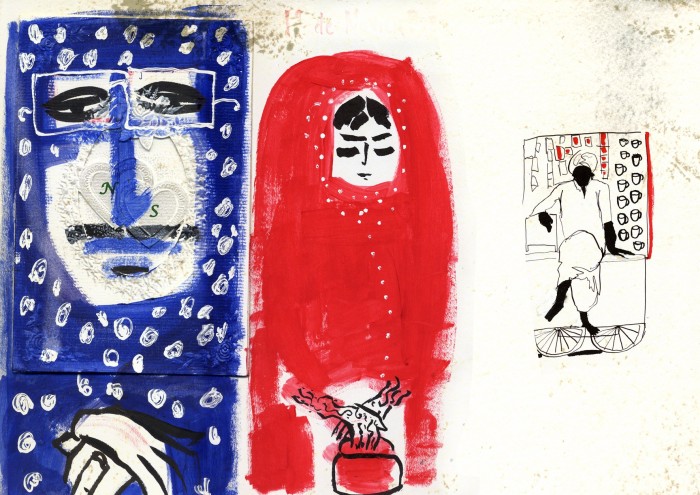 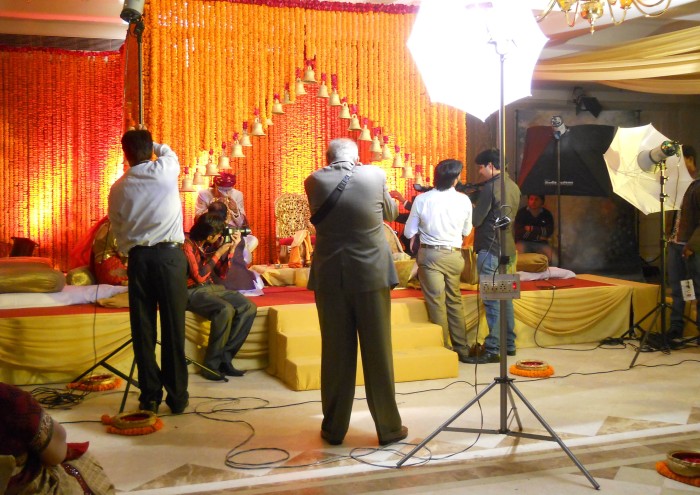 The aim of the drawing workshops, is to take a contemporary view at the condition of women via the different social and cultural realities that coexist in India today.

First Workshop: Widows, women devoted to and steeped in tradition. During the workshop, participants will illustrate the story, Sultana’s Dream, on a roll of paper via a series of vignettes in the traditional manner of Bengal.

Second Workshop: Self-employed women. In this case, the participants will work incorporating on their own arwork the drawings made during the previous Workshops (widows). They will add their own experiences to them and use the resulting images to create a narrative in which they blur the boundaries between one era and another, between one group and another.

Third Workshop: Art, comunication and Design students. During this workshop, participating students from diverse disciplines (film, textiles, graphic arts, photography, and new media) will design a map or conceptual platform upon which they must accommodate the results of the previous workshops as well as the new contributions, responses, and impressions that arise within their own group. 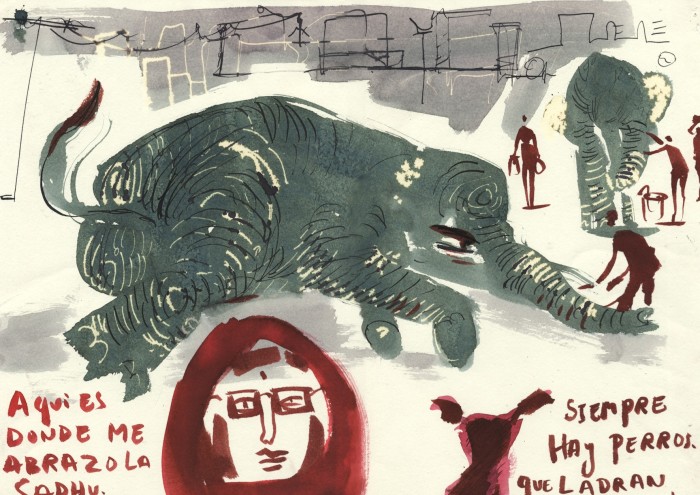 SULTANA'S DREAM is a free, open, and collective project whose development is, in large part, subject to the spontaneity of its own process. The objective of Sultana’s Dream is to create a reflection on the condition of women by means of a fanciful narration written in India at the beginning of the last century. By providing us with a feminist science fiction classic, the story allows for a dialogue between groups of women who, because of the societal conventions to which they are subjected, may never otherwise interact as equals.

The working method—using drawing workshops to develop a script—grew while Isabel Herguera was conducting painting workshops at an HIV clinic in Goa. The drawings and audio recordings used in the animated short film, Bajo la Almohada / Under the Pilow, were created during the workshops by HIV patients at the Asro-Caritas Tivim, Goa, India.
Trailer Bajo la Almohada / Under the Pilow (2012) vimeo.com/48872669

The methodology proposed for the drawing workshops requires manual and intellectual involvement on the part of the participants as well as the capacity to take, manipulate, and reinterpret the work of others. The participants must understand that during this open-ended and collective experience they will re-write a singular project together and participate in an open discourse designed to reveal the common denominator of gender. Each woman who participates in the workshops will be conscious of and responsible for her own contribution. The sum of all these voices will create a web of ideas and an atmosphere of trust that allows each of the women to disclose their intimate thoughts and feelings.

The materials produced will expose the cultural heritage of all the participants as well as the collaborating institutions.

The aim of the campaign is to raise enough money to cover the expenses of organizing the three workshops in India. The amount will cover travel, accommodation, and lodging for the production team as well as the cost of the art materials. 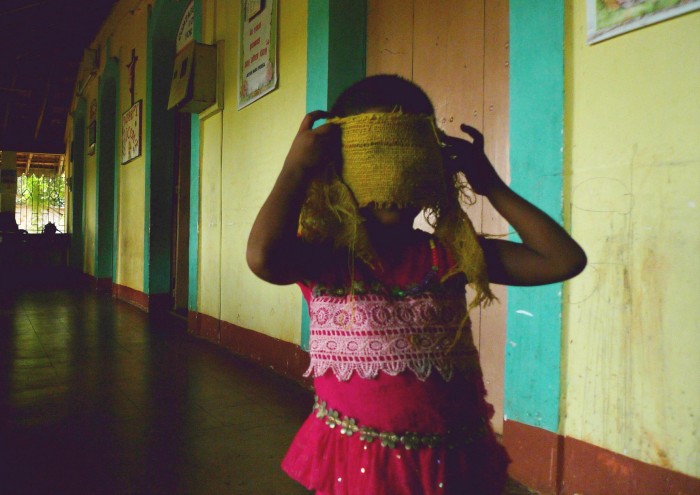 Since 2005, Isabel Herguera has been regularly travelling to India where she produced two short animated films, Amar (2010) and Bajo la Almohada (Under the Pillow) (2012) and also conducted several animation workshops. Sultana’s Dream stems from the same conceptual framework as these projects and gives continuity to the vital and artistic experience she has built up over the years. The work, professional contacts, and relationships she established during this time will facilitate the realization of this project.

During her stays in India, Isabel has taught courses at The National Institute of Design in Amhedabad (NID) and has led workshops for children, artists, and university students along with the general public. The bridges between institutions and artists that have been established between India and Spain over the years have borne their fruit in a regular exchange of students as well as in collaborations between artists:

The team involved in this Project: 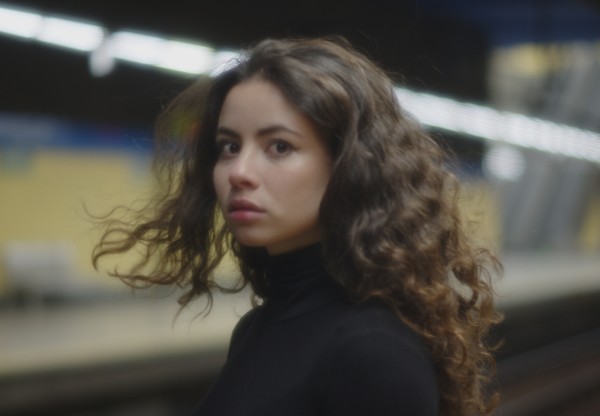 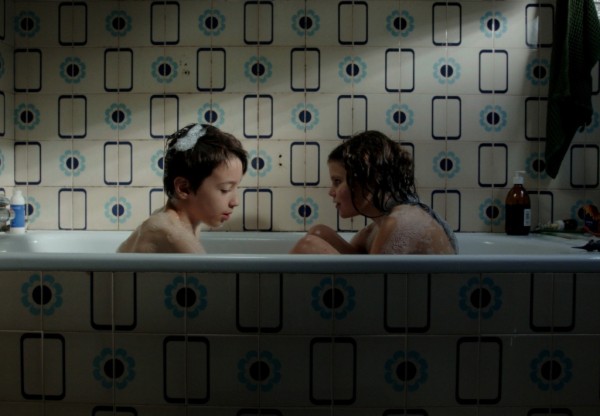